Since opening Sanford Casting in the spring of 2000 Michael has worked with top directors, production companies, and advertising agencies to create an actor and client friendly office for nearly 20yrs. bringing over 2000 commercial campaigns to life. With his leadership, passion, and help from his incredible team, he has grown the company into a full service casting company making not only General Market and Spanish Language commercials, but also films, real people casting, television, music videos, digital content, and more.

By being personally involved with the process from prep through callbacks, Michael and his team have orchestrated award winning works within dynamic national and international campaigns. In 2018, Michael joined forces with Jillian to expand the company’s network to Atlanta with the Sanford Johnston Casting office.

He has been awarded the 2012 CSA Artios Award for his work on the Oscar winning film “The Artist” alongside his friend and mentor casting director Heidi Levitt. He also received the 2013 Heller Award forCommercial Casting Director of Year and in 2018 the Media Access Award for his work on the CSA Inclusion and Diversity Committee. Michael is currently nominated for the 2019 Heller Award for commercial casting along side Jillian.

Michael graduated from New York University with a degree in Marketing and Management, a minor in Theatre Arts, and a concentration in Advertising.
Michael SanfordCSA, CCDA
Linkedin Imdb
Jillian Johnston first met Michael through her work as an actress. During that time she landed several national campaigns with Sanford Casting. Driven by a curiosity to discover more areas of the business, she first explored the world of casting in 2010 as one of Michael’s assistant’s on the “The Artist.” She then worked at a talent agency, only to rejoin Michael full-time a few years later to team up on casting projects including commercials, features, short films, and music videos.

In the Summer of 2018, she drove East to put down roots in Atlanta with Sanford Johnston Casting, stretching Sanford Casting’s scope cross-country with the commitment to remain a boutique, hands on company. Within just a few months they were up and running, with commercial, print and industrial campaigns and in the summer of 2019 wrapped local casting on the feature film, “India Sweets & Spices”. This project thrust Jillian into the Southeast performer and real people communities and in addition she has travelled to several cities across the United States for the Prudential Insurance “State of Us” campaign. Jillian has recently been nominated alongside Michael for the 2019 Heller Award for commercial casting.

Jillian earned her BFA in Theatre Studies with a focus on Acting and Directing from the University of Texas in Austin. 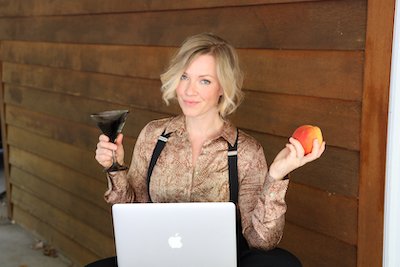